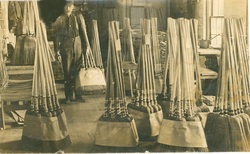 West, Taylor, Bickle and Company Limited. This broom factory (in the 1920s and 1930s) was the largest, not only in Canada, but also in the British Empire.E.H. Thomas established [the original business] in 1894 with one broom maker and a helper (Mr. Frank Lees). In a year or two, the Thomas brothers moved into the old school house, added brushes and woodenware, and in 1901 employed nearly a hundred hands. .

[By 1902] the Norwich Broom Factory had Mr. James Doherty as manager. In two or three years he bought the business, then sold it in 1905 to West, Taylor and Bickle.

In 1907, when the building and plant were destroyed by fire, a new factory was built and re-equipped within four months. Then, a Mr. George Lees began working for West, Taylor and Bickle. He became manager in 1921 and for ten years was also secretary of the Broom Manufacturers of Canada. He became national president of BMC for four more years in the mid 1940s.

After 1919, the market [for brooms] extended first to the West Indies, then to the British Isles, Sweden and finally Switzerland where curling brooms were sent. The war interrupted these sales and no apprentices were trained during the war years. The 85 employees were reduced in number. With the coming of peace and the return of service personnel, normal trade resumed with 65 employees in the factory and six on the office staff. Ten of these were returned servicemen: Fred Cotton, George Ralph, Glen Miles, Wray Haylock, Bob Piper, Bert Parker, W.E. Vigar, Earl Wilding, Norman Lees and T. Wallace (of WW1).

Broom material came from many places: broom corn from the Central Western States; fir wood for handles from BC; hardware from Canadian steel mills; paper from Canadian mills; labels imprinted by the factory's own printing machine; tar from Trinidad. Binding fibres were also important: made of grass, the inner bark of trees, or he shredded vines from Brazil, India, West Africa, Italy, Hungary (or, before the war, from Japan). "

Norwich Museum
The Nor-Witch symbol (an old woman riding a broom) was well known across the country. The Norwich area once had plenty of hard maple, needed for broom handles, and an excellent rail system. But in the 1930s the local hard maple supply ran out. Maple was then shipped in from Quebec, then fir handles from BC were used. In 1955, the company was sold to Stuart House. By 1969, production was down, and the labour force numbered 12. Eventually, cheaper brooms were imported from Mexico and Europe, and the company closed in 1982.
- Based on an article by L.Gilles, Norwich Reunion 1946, Norwich Archives 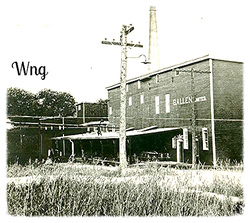 1880, Solomon Allen began a vinegar factory in Norwich . The major expansion of the Allan plant was completed in 1891-92. Since, in addition to the production of vinegar, cider had become quite popular,  The mill could press 115 barrels of apple juice a day.They load a railway tanks in 20 minutes. 1910, Allen's white  vinegar, cider vinegar and apple juice were being shipped all over Canada
The company began the manufacture of 'Apple Jack.' This was an alcoholic beverage, and this part of the plant was government bonded. The 'Apple Jack' division of the company was quite prosperous until prohibition,  that finished the Apple Jack  business.
The factory was sold to Canada Vinegars. In 1938, Canada Vinegars purchased the factory and shortly afterwards moved the operation to their modern  plant. Campbell Foods purchased the operation in 1979. 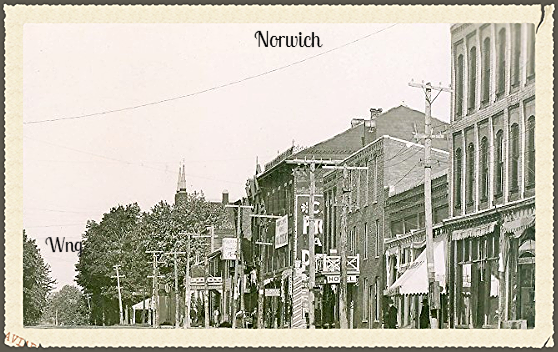 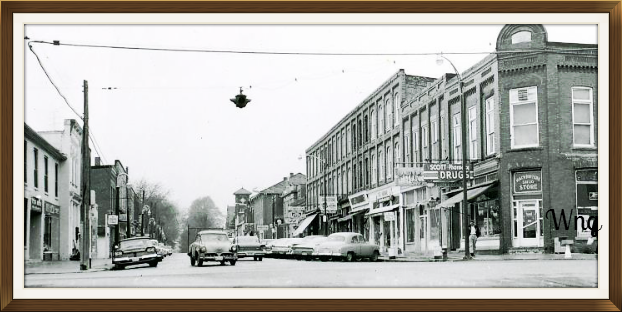