The 1950 Woodstock Directory lists the following barbers: Carl Beisel, 871 Dundas; D.R. Carter, 7 Light; S.A. Grassick, 689½ Dundas; Derwin Carter, 40 Vansittart Ave.; J.C. Graydon, 41 Finkle; W. Green, 271 Dundas; E. Heard, 352 Dundas; King Edward Barber Shop, 513 Dundas; J.H. Lawson, 506 Dundas; W.R. Mayberry, 692 Dundas; L.J. McKerral, 369 Dundas; Darcy Mulkern, 536½ Dundas; W.H. Parker, 11 Market Sq.; P.A. Paye, 561 Dundas; J.W. Sullivan, 7 Reeve; L.C. Todd, 13 Graham
After the 1100s, blood-letting and tooth-pulling were among minor medical tasks for the barber, and by the time of England’s Henry VIII, barbers were officially classed in the same company as surgeons. The symbolism of the barber’s red and white striped poles dates from that time (the white representing a bandage).
By the 1900s, barber shops provided, besides a haircut and/or hair shampoo; shaving, shaping beards, sideburns and moustaches; hair tonic, hair singeing, , facial massage, ladies’ neck clip, other services such as scissor sharpening, razor honing, or a shoe-shine. Some also had a horse-betting service.
In 1901, Hubner and Walters, proprietors of the Star Barber shop, at 410 Dundas, Woodstock, advertised that their ‘hot water system is without equal . . . 60 gallons of water can be boiled in an hour . . . hot and cold baths can be furnished at all hours’. They also sold ‘fine cigars’.
From the 1940s through to the 1980s, barbering was under government regulations that fixed prices for each service according to the area, and that also set hours of opening and days of closing. In the 1960s, using a razor seemed at first to be a faster method of cutting hair. Everyone appeared to benefit. It reduced waiting time for the next customers and also increased the barber’s rate of income for this fixed-price service. However, more customers than usual began to need help to ‘stop split ends’, a condition in which, at a particular hair length, its ends split and give the hair an unhealthy look. The usual treatment at that time was hair singeing - a hot curling iron was briefly applied to the hair tips. After some research, it was found that it was the razor cuts that were damaging the hair and razor cuts soon went out of fashion.
Some barbers became so well known that, in one case, a postcard addressed simply, ‘Gib the barber, Woodstock, Canada’, reached its correct destination. Gib Stephens is a Woodstock resident who worked for Les McKerral in the 1960s and later operated his own barber shop.
Sources:
- Encyclopaedia Britannica (Woodstock Public Library)
- Woodstock Public Library, local history files
- Gib Stephens, retired Woodstock barber. 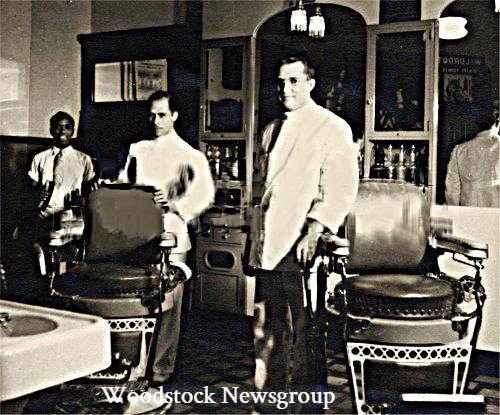 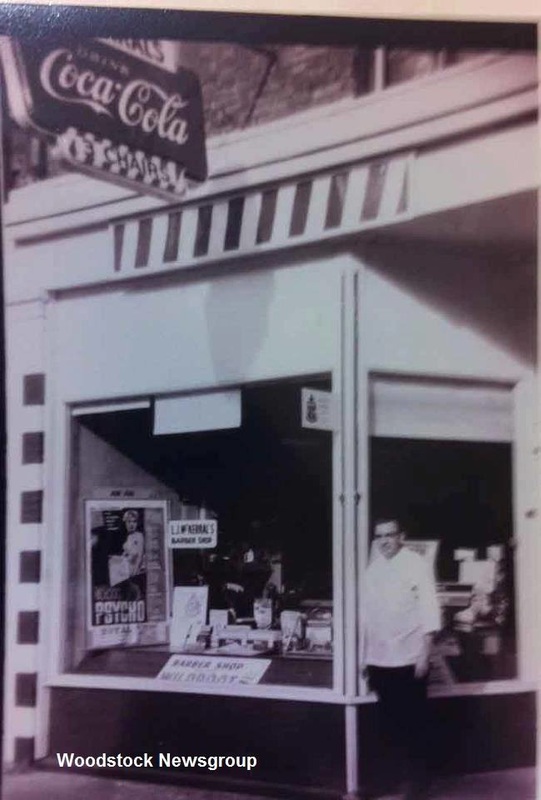