​
Cassie L. Chadwick (10 October 1857 – 10 October 1907) was a pseudonym used by a Canadian woman who defrauded several American banks out of millions of dollars by claiming to be an illegitimate daughter and heiress of Andrew Carnegie. Newspaper accounts of the time described her as one of the greatest con artists in American history.
Chadwick pulled off this heist during the Gilded Age in American history when women were not allowed to vote or get loans from the banks. This is why some historians believe it is one of the greatest bank heists in American history. 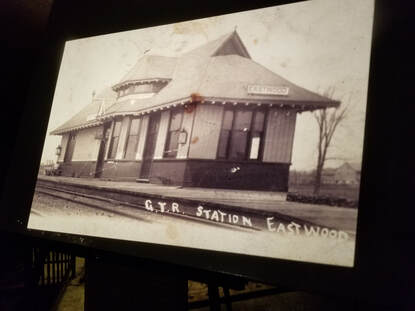 ​Early life Chadwick was born Elizabeth Bigley on 10 October 1857 in Eastwood, Ontario Her parents, Dan and Annie, owned a small farm in Eastwood. She had three sisters: Alice, Mary, and Emily, and a brother, Bill. Her father worked for the Grand Trunk Railway as a section boss and was often away from the homestead. 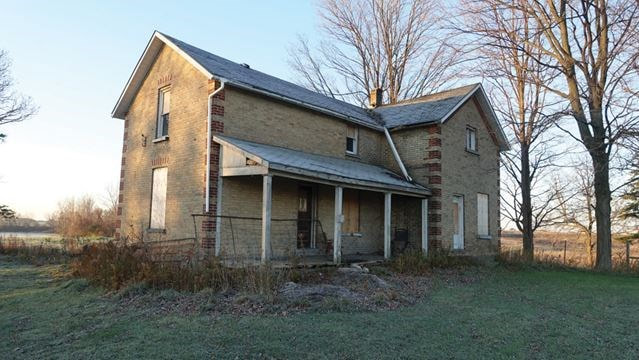 John De Boer photo
This abandoned farmhouse in Eastwood was the childhood home of the infamous Cassie Chadwick. She was born Elizabeth (Betsy) Bigley on Oct. 10, 1857. She became known as one of the world’s most clever female con artists.
She was the second oldest of five children in a family that was dirt poor.
Betty "Betsy", as she was known to her family, was known to daydream and tell fibs as a child.
At the age of 14, Chadwick went to Woodstock, Ontario. There she opened a bank account with a dubious letter of inheritance from an "unknown" uncle in England and a small amount of cash. While there, Chadwick passed several worthless cheques to various merchants. In 1870, she was arrested in Woodstock for forgery. She was released due to her age and on the grounds of insanity.Instead, in 1879, at the age of 22, Betty launched what would become her trademark scam. She saved up for expensive letterhead and, using the fictitious name and address of a London, Ontario, attorney, notified herself that a philanthropist had died and left her an inheritance of $15,000. Next, she needed to announce her good fortune, presenting herself in a manner that would allow her to spend her “inheritance.” To this end, she had a printer create business cards resembling the calling cards of the social elite. Hers read: “Miss Bigley, Heiress to $15,000.”
Following a three-year absence, Chadwick returned to Eastwood in 1875 to discover that her sister Alice had married Bill York, a carpenter from Cleveland, Ohio and had moved there with him. Chadwick followed her sister to the United States. 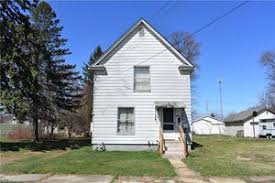 Start in the United States After a brief stay with her sister and brother-in-law, Chadwick rented the lower floor of a house at 149 Garden Street, Cleveland from a Mrs. Brown. Claiming to be widowed, Chadwick assumed the name Madame Lydia DeVere and set up shop as a clairvoyant with funds from a bank loan on her sister and brother-in-law's furniture.
In 1882, as Lydia DeVere, Chadwick married Dr. Wallace S. Springsteen in Cleveland. The couple exchanged vows before a justice of the peace on 21 November. She took the name Mrs. Lydia Springsteen and moved into the doctor's house at 3 Garden Street. A photograph and story of the wedding appeared in The Plain Dealer newspaper.
Betty then headed to Cleveland to live with her sister Alice, who was now married. She promised Alice she didn’t want to impose on the newlyweds, and would stay only as long as it took to launch herself. While Alice thought her sister was seeking a job at a factory or shop, Betty was roaming the house, taking stock of everything from chairs to cutlery to paintings. She estimated their value and then arranged for a bank loan, using the furnishings as collateral. When Alice’s husband discovered the ruse he kicked Betty out, and she moved to another neighborhood in the city, where she met one Dr. Wallace S. Springsteen.
​​ 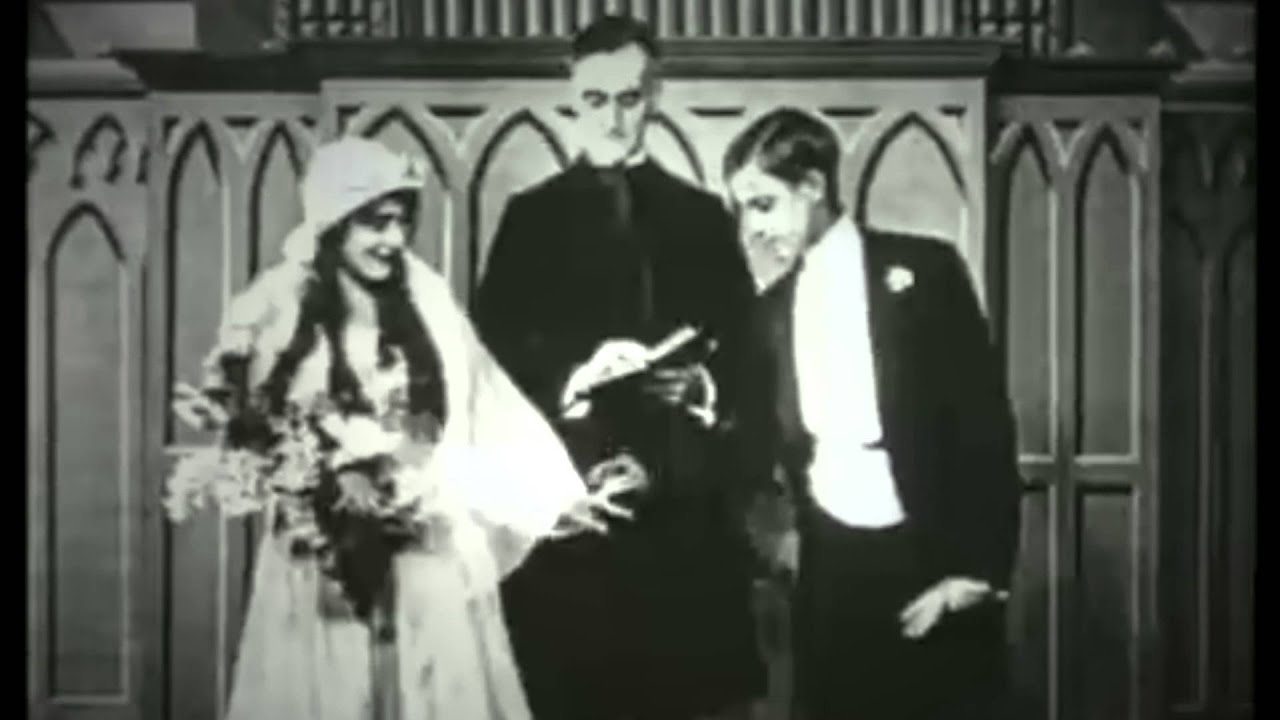 ​She and the doctor married before a justice of the peace in December 1883, and the Cleveland Plain Dealer printed a notice of their union. Within days a number of furious merchants showed up at the couple’s home demanding to be repaid. Dr. Springsteen checked their stories and begrudgingly paid off his wife’s debts, fearing that his own credit was on the line. The marriage lasted 12 days.

The time had come to reinvent herself, and Betty became Mme. Marie Rosa and lived in various boardinghouses, scamming merchants and honing her skills. Traveling through Erie, Pennsylvania, she impressed the locals by claiming to be the niece of Civil War General William Tecumseh Sherman and then pretended to be very ill; one witness reported that “through a trick of extracting blood from her gums she led persons to believe she was suffering from a hemorrhage.” The kind people of Erie turned out their pockets to collect enough money to send her back to Cleveland. When they wrote to her for repayment of those loans, they received letters in reply saying that poor Marie had died two weeks ago. As a finishing touch, Betty included a tender tribute to the deceased that she’d written herself. 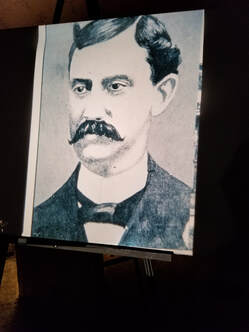 ​As Mme. Rosa, Betty claimed to be a clairvoyant and married two of her clients. The first was a short-lived union with a Trumbull County farmer; the second was to businessman C.L. Hoover, with whom she had a son, Emil. (The boy was sent to be raised by her parents and siblings in Canada.) Hoover died in 1888, leaving Betty an estate worth $50,000. She moved to Toledo and assumed a new identity, living as Mme. Lydia Devere and continuing her work as a clairvoyant. A client named Joseph Lamb paid her $10,000 to serve as his financial adviser and seemed willing to do any favor she asked. He, along with numerous other victims, would later claim that she had hypnotic powers, a popular concept at the turn of the 20thcentury. Some 8 million people believed that spirits could be conjured from the dead and that hypnotism was an acceptable explanation for adultery, runaway teenagers and the increasingly common occurrence of young shopgirls fleeing with strange men they met on trains.
Lydia prepared a promissory note for several thousand dollars, forged the signature of a prominent Clevelander, and told Lamb to cash it for her at his bank in Toledo. If he refused, she explained, she would have to travel across the state to get her money. He had an excellent reputation in Toledo, cashed the check without incident, and, at Betty’s request, cashed several more totaling $40,000. When the banks caught on, both Betty and Joseph were arrested. Joseph was perceived as her victim and acquitted of all charges. Betty was convicted of forgery and sentenced to nine and a half years in the state penitentiary. Even there she posed as a clairvoyant, telling the warden that he would lose $5,000 in a business deal (which he did) and then die of cancer (which he also did). From her jail cell she began a letter-writing campaign to the parole board, proclaiming her remorse and promising to change. Three and a half years into her sentence, Governor (and future President) William McKinley signed the papers for her release.

She returned to Cleveland as Cassie L. Hoover and married another doctor, Leroy S. Chadwick, a wealthy widower and descendent of one of Cleveland’s oldest families. She sent for her son and moved with him into the doctor’s palatial residence on Euclid Avenue, the most aristocratic thoroughfare in the city. The marriage was a surprise to Chadwick’s friends; none of them had heard of Cassie until he introduced her as his wife. Her history and family were unknown. There were whispers that she had run a brothel and that the lonely doctor had been one of her clients. He divulged only that he had been suffering from rheumatism in his back, which Cassie generously relieved with an impromptu massage, and he couldn’t help but fall in love with her “compassion.” 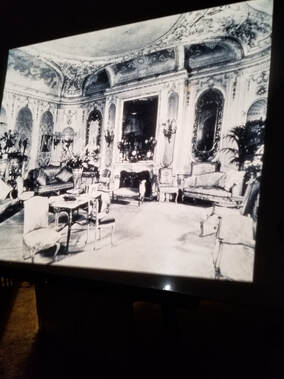 The new Cassie L. Chadwick was eager to impress her prominent neighbors, among them relations of John D. Rockefeller, U.S. Senator Marcus Hanna and John Hay, who had been one of Abraham Lincoln’s private secretaries. She bought everything that struck her fancy and never asked the price. She replaced the doctor’s musty drapes and gloomy oil portraits with bright, whimsical pieces: a perpetual-motion clock encased in glass; a $9,000 pipe organ; a “musical chair” that plunked out a tune when someone sat down. She had a chest containing eight trays of diamonds and pearls, inventoried at $98,000, and a $40,000 rope of pearls. She ordered custom-made hats and clothing from New York, sculptures from the Far East, and furniture from Europe. During the Christmas season in 1903, the year after James Dillon told all of Cleveland about her shocking connection to Andrew Carnegie, she bought eight pianos at a time and presented them as gifts to friends. Even when purchasing the smallest toiletries she insisted on paying top dollar. “If a thing didn’t cost enough to suit her,” one acquaintance reported, “she would order it thrown away.” When her husband began objecting to her profligacy, she borrowed against her future inheritance. Her financial associates never believed that Mrs. Chadwick would be capable of creating an elaborate paper trail of lies. 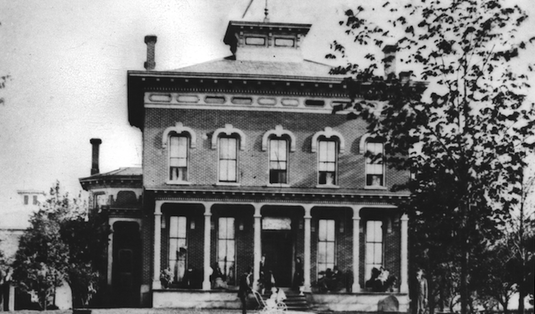 The earthy environment of this neighborhood made it a local favorite. Many of the residents of this area engaged in philanthropy, improving the city as they grew their respective businesses. This goodwill, however, was not universal; Euclid Avenue's most infamous resident, con artist Cassie Chadwick, was a Canadian-born woman who defrauded banks out of millions of dollars by passing as the illegitimate daughter of Andrew Carnegie.

Chadwick worked as a clairvoyant in her earliest years in The Land. After her first U.S. fraud trial, a brief stint in prison, and her third marriage, she opened a brothel. It was there that she met her fourth husband, Dr. Leroy Chadwick. He was well-respected in the elite social scene of Cleveland 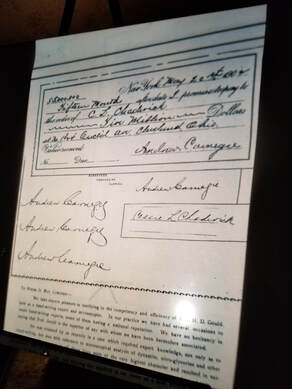 ​Her scam involved large sums of money from financial institutions—Ohio Citizen’s Bank, Cleveland’s Wade Park Banking Company, New York’s Lincoln National Bank—and smaller sums, though never less than $10,000, from as many as a dozen other banks. She would take out several loans, repaying the first with money from the second, repaying the second with money from the third, and so on. She chose Wade Park Bank as her base of operations, entrusting it with her counterfeit promissory notes from Carnegie. She convinced Charles Beckwith, the president of Citizen’s National Bank, to grant her a loan of $240,000, plus an additional $100,000 from his personal account. A Pittsburgh steel mogul, likely an acquaintance of Carnegie’s, gave her $800,000. Through the prestigious Euclid Avenue Baptist Church, Cassie connected with Herbert Newton, an investment banker in Boston. He was thrilled to provide her with a loan and wrote her a check from his business for $79,000 and a personal check for $25,000—$104,000. He was even more pleased when she signed a promissory note for $190,800 without questioning the outrageous interest. 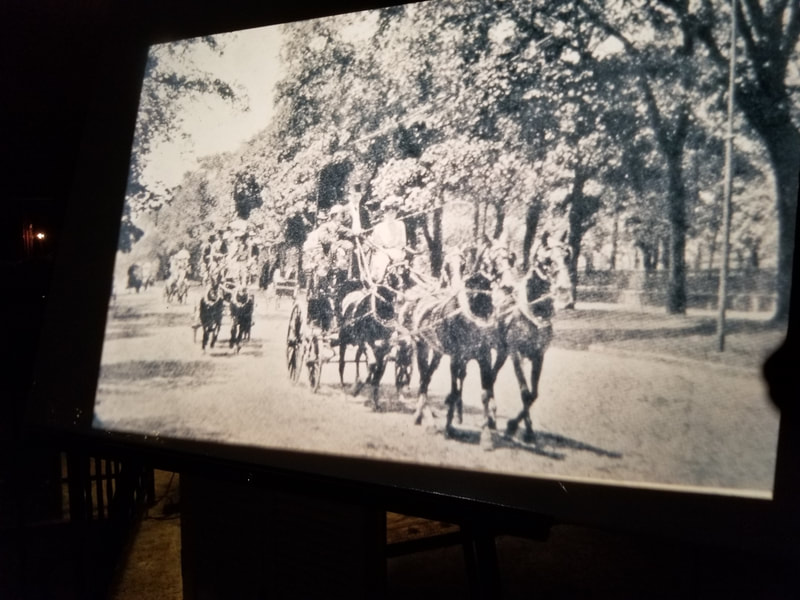 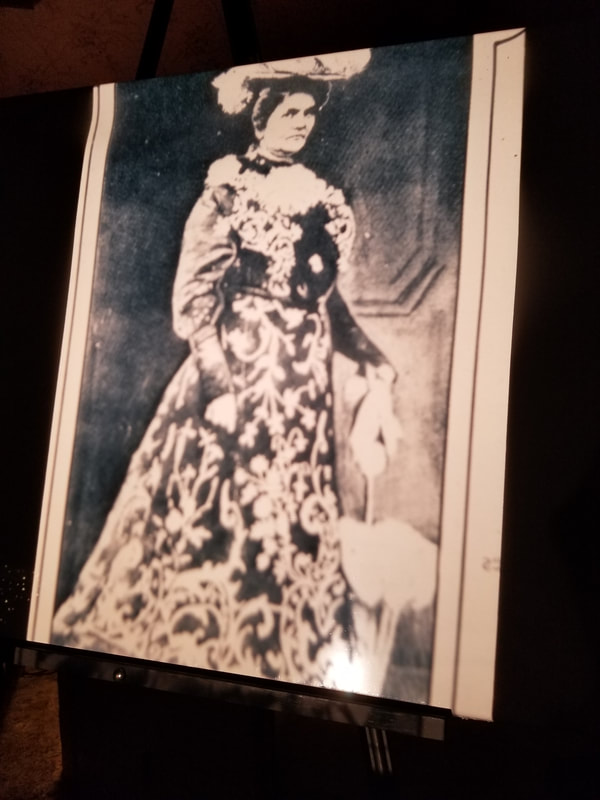 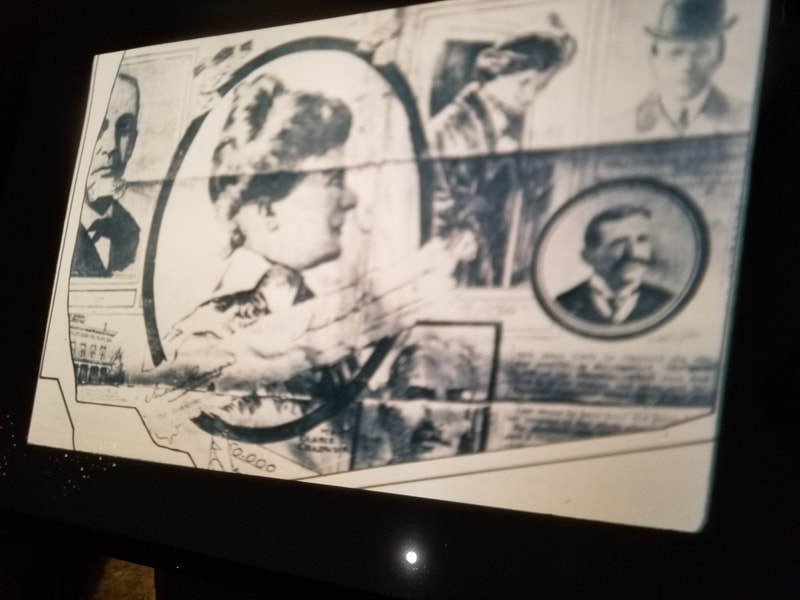 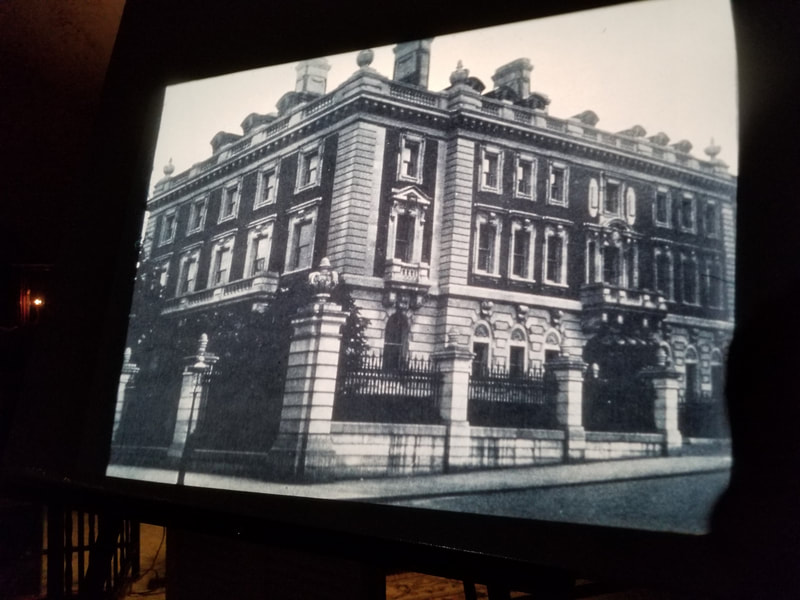 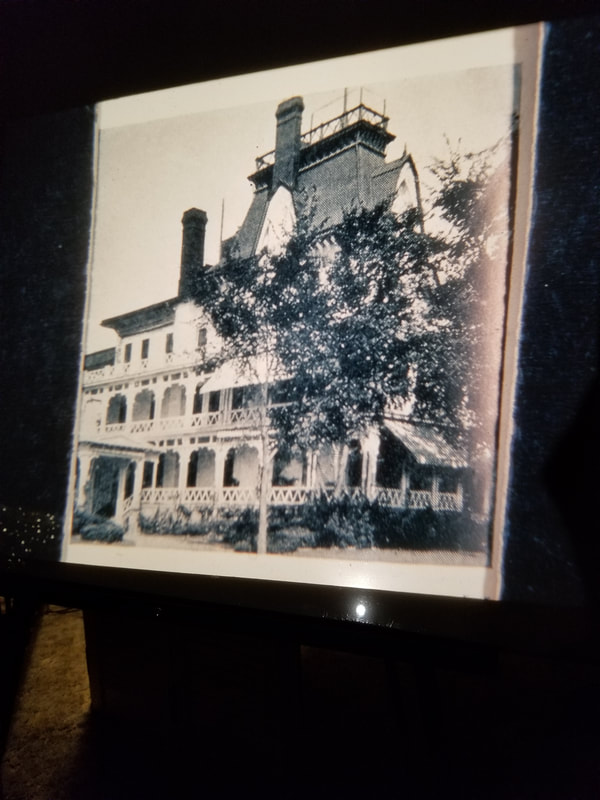 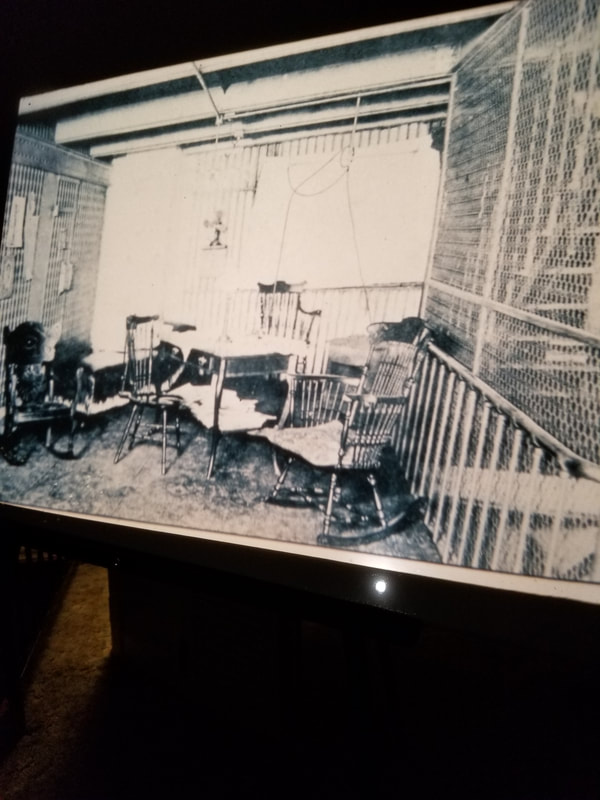 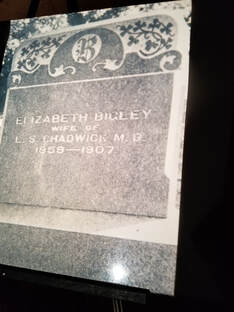 Sources:
​ Wikipedia
Pictures are from  the late Pauline Brown  given to me from Ken Brown
Paul Roberts