Wednesday, October 17, 1962 the quiet downtown streets of Woodstock erupted in gunfire, shocking the normally peaceful city and ending in the death of Woodstock Police Const. Thomas Black.
According to news clippings from The Daily Sentinel- Review on Oct. 18, 1962, the day after the shooting, Black was killed with his own gun at about 5 p.m. in the rear seat of a police cruiser on Dundas Street, just around the corner from the newspaper’s office.
Black left behind a wife and three small children.
The hero, just weeks shy of his 34th birthday, was killed while working his regular beat in west Woodstock. He had been trying to help a fellow officer contain two Woodstock Ontario Hospital patients, who left the grounds of the hospital without permission.
While Black and fellow officer Sgt. John Hogg tried to get one of the patients in the vehicle, the other patient, Ronald Bignell, 26, reached into the cruiser’s window and took Black’s revolver from his holster.
Bignell shot the 10-year veteran of the Woodstock force in the neck in what a bystander called “point-blank range.”
Reports at the time say Bignell also fired shots at Hogg and another officer at the scene, Const. Douglas McGill.
McGill, then 28, shot Bignell in the chest twice from the entrance of the Capitol Theatre.
One of the bullets from Bignell’s gun narrowly missed McGill and lodged in the front wall of the theatre near the entrance.
Eyewitness Forrest Telfer, a Woodstock architect, told reporters, “For one terrible minute, I watched as a policeman aimed his revolver at a man inside the cruiser.”
“The man inside the car had Const. Black’s gun and was shooting while I stood about 40 feet away hiding near a doorway,” he said. “It was all confusing and exciting. People were shouting. Others were running for cover and everyone just seemed to disappear. Someone shouted, ‘get an ambulance.’”
Black, born in London, was keenly interested in baseball and other sports. He played on the Industrial Baseball League and coached minor ball. He was an amateur boxer, a member of Chalmers United Church, past-president of the Woodstock Police Association, and a member of the Woodstock branch of the Royal Canadian Legion.
A doctor at the Ontario Hospital said neither patient was considered mentally ill. Bignell was in hospital because of a birth injury that stopped his right arm and leg from developing properly, and the other patient had unspecified behavioural problems.
Bignell was found not guilty by reason of insanity and sent to the Ontario Hospital in Penetanguishine under the authority of the Lieutenant Governor’s warrant.
It appears from news clippings Black’s death played a significant role in establishing survivor benefits for officers killed in the line of duty.
Current Woodstock police Chief Rod Freeman said, although many decades have passed since Black’s death, he will forever be remembered as a brave police officer.
“Since 1961, there have been approximately 137 Canadian police officers murdered in the line of duty while protecting their community. Policing can sometimes be a very dangerous profession when officers knowingly put themselves in harm's way to protect their citizens and community.
“We all enter into this profession fully aware of the dangers, but it is truly a very sad and emotional time when an officer makes the ultimate sacrifice for community safety. Collectively we respect their bravery and remember them as heroes in life, not death,” he wrote in an e-mail. “Clearly policing was a sometimes dangerous and unpredictable profession back then, as it still is today. Our thoughts are with the Black family."
By Tara Bowie, Woodstock Sentinel-Review
Paul Roberts 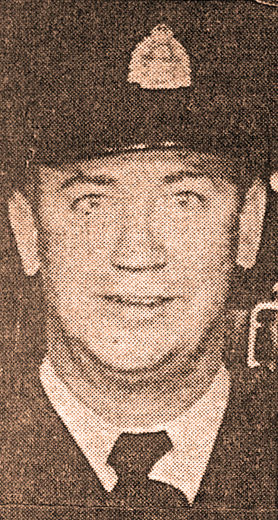 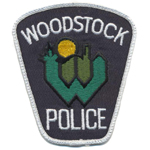