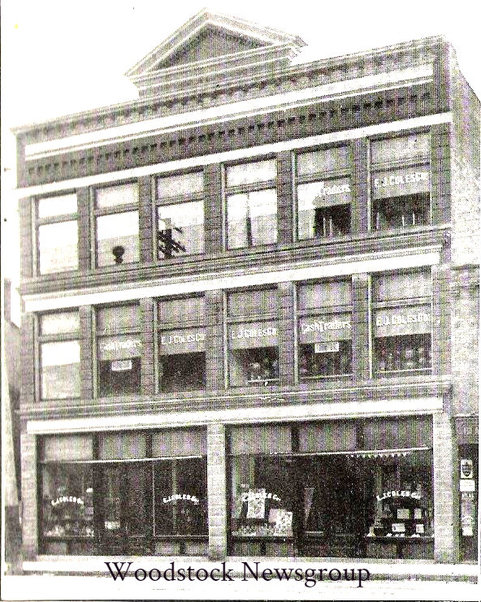 Len Coles was the son of Edward J. Coles who had opened the Empire Store in 1893, at 399 Dundas Street, selling chinaware, tea, coffee and crockery. Business went well, and in 1902, E.J. Coles relocated his business to a new building at 493-494 Dundas. Renamed the E.J. Coles Co., it was now a large department store selling furniture, chinaware, hardware, floor coverings, draperies and a full line of groceries. Then, in 1928, the business was sold to Canadian Department Stores, a subsidiary of T. Eaton Company.
At that time, Len's older brother, Jack L. Coles, was running a Woodstock brokerage business with Charles O. Tatham. Charles Tatham was the father of Charlie Tatham, mayor in 1957, and of Sid Tatham, a well-known local businessman. In 1929, Jack Coles and Charles Tatham opened up an office in Ingersoll, at 4 King Street, and hired Len Coles to manage it.
Len was an active sportsman. In earlier years, he had been a member of the University of Toronto, Victoria College eight-oar rowing team. For one year, he was a track and field champ, then a Western Ontario junior tennis champion. In the late 1920s, Len coached the YMCA basketball team in which Ed Bennett (our local historian) played in his teens. Later, representing Woodstock, Len Coles and Jack Sibbald won the Canadian doubles badminton championship in 1935-36.
Eventually, Charles Tatham left the brokerage firm of Coles and Tatham, to manage the Sentinel-Review. Len Coles then went into partnership with his brother Jack, in 1932, to form Coles Brothers Limited, Investments and Insurance. Len stayed with the firm for ten years, then left in 1942 to become Clerk-Treasurer of Oxford County until 1970, the longest-serving holder of that position. Another of his titles was 'Justice of the Peace'.
As Clerk of the County, it was Len Coles' job to supervise the handling of all the County's documents, past and present. Believing that historically-important County documents should be kept for the people of Oxford, he went to some trouble to see such papers were preserved, rather than being destroyed after their immediate function was served. Perhaps encouraged by Canada's First Centennial, Len wrote some 33 'County of Oxford Historical Items' - summary articles about things, people and events in Oxford County of historic interest. Since Len had access to source documents, it gave what he wrote the value of fact rather than hearsay.
The topic of his historical items ranged widely: from Sir Oliver Mowat, an Oxford MPP who became Premier of Ontario; historic plaques around Oxford County; to late 1800 attempts to drill for salt. All his articles, written between 1967 and 1982, were published in local newspapers, and are now on file at the Woodstock Museum and the Oxford County Library. He also became a welcome speaker about the past at many local functions.
While holding the position of Clerk, Len Coles was involved in establishing the Oxford County board of health, the county library system and the county social services network. He was also on the board of Woodingford Lodge Home for the Aged, as its clerk-treasurer. After his own retirement in 1970, he eventually became a resident of Woodingford Lodge, and died there on Dec. 16, 1990, at 86. His wife, Marjorie, had died in 1973. Len was survived by his three married sons and a daughter, and by five grandchildren. Funeral services were held at St. James Anglican Church, Ingersoll.
Sources:
- 'Opens new office: Leonard K. Coles,' Daily Sentinel-Review, Sep. 4, 1929
- 'Funeral being held today for Mr. Oxford, Len Coles,' Daily Sentinel-Review, Tue. Dec. 18, 1990
- Woodstock Museum Archives, (Woodstock: People: Coles)
- 'The Village That Straddled A Swamp,' Doug M. Symons​ 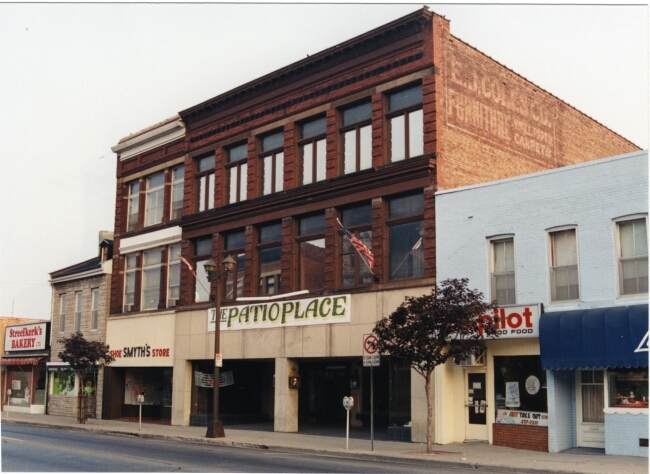 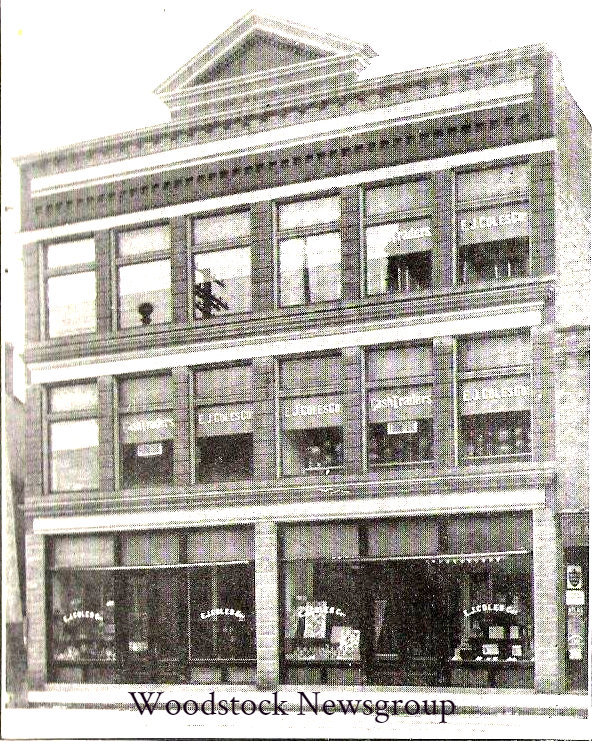