When the Town of Woodstock was created on January 1, 1851, Council was immediately petitioned by residents to build a Market House. Years later, the Town purchased the   Rising Sun tavern property for a town square where Woodstock Museum is. The clerk was instructed to ask several local builders to submit plans for the building of a Market and Town Hall; seventy feet by forty feet, two stories high with a basement eight feet high. A cash award was offered for the best design and the building was built in the centre of the new town square.
A debenture of 2,200 pounds was issued for construction. The tender was awarded to David White, W. P. Dixon, and William McKay. Francis Schofield was appointed project inspector
The Town Hall was Woodstock's first municipal building. Since 1853, the evolution of this building has reflected changing responsibilities and powers of the municipality. Over the years it has served as the Town's first market, first public assembly hall, first fire hall, first police lock-up, first permanent meeting place of Council, first municipal offices and first mayor's office.
The town council of the day chose to build in the Italianate architectural style. This style, based upon the country villas of northern Italy, was very popular in Britain during the early 1800s. Woodstock's strongly British heritage made it a natural choice for the town's most important building.
By 1900, the fifty-year-old Town hall could not keep up with the demands of expanding municipal services. In 1901, Woodstock marked its new city status by constructing two municipal buildings designed to relieve the cramped quarters at the Town hall – a new Market and Police building in 1895 and the Perry Street Fire Hall in 1899.
Woodstock's city council began to consider a new building on the site of the Town Hall. In 1912, this idea was shelved after a bylaw to demolish the old building was defeated in a public vote.
In 1965, City council again explored options to solve the cramped Town Hall problem. City Councilor Bernadette Smith spearheaded a citizen's group to save the building from demolition for a park. Once again, the citizens of Woodstock voted to save the Town Hall. The City of Woodstock purchased the 1901 former Post Office building from the federal government in 1968 for its new City Hall. The Old Town Hall became the home of the Oxford County Museum and the Woodstock and District Chamber of Commerce.
​In 1966, Massey-Ferguson Industries presented Acting Mayor Bernadette Smith with 2,200 British pounds. This sum represented the amount borrowed in 1853 to construct the Old Town Hall. This generous gift allowed Bernadette to begin a program of long neglected repairs to the Town Hall, making the building attractive again for the citizens who voted for its preservation.
​Research Documents Woodstock Museum 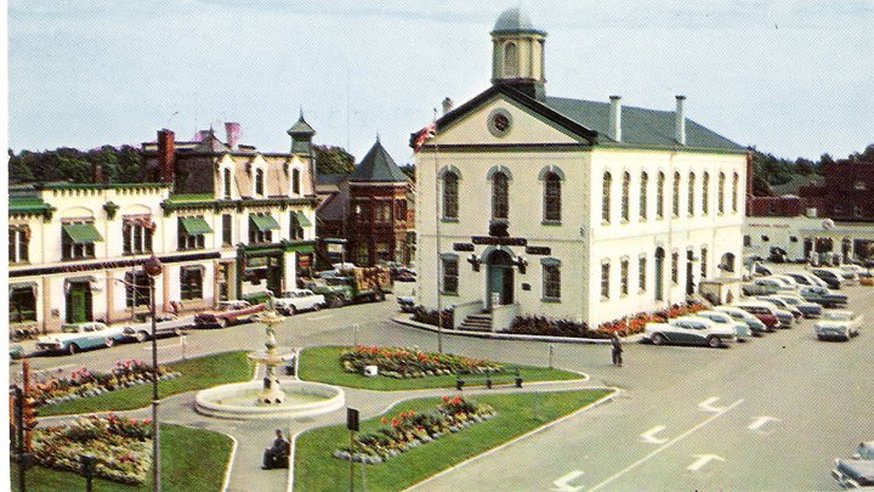 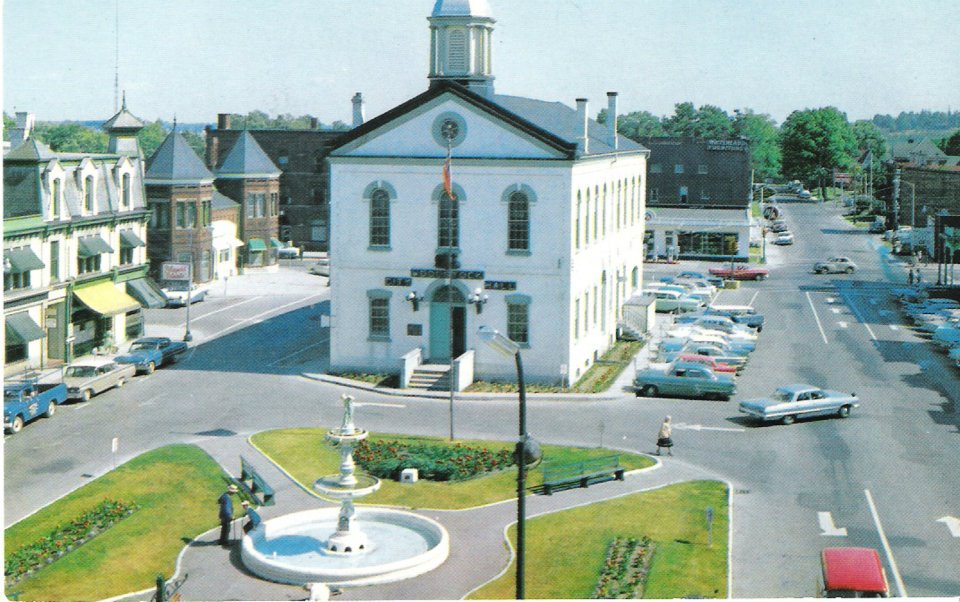 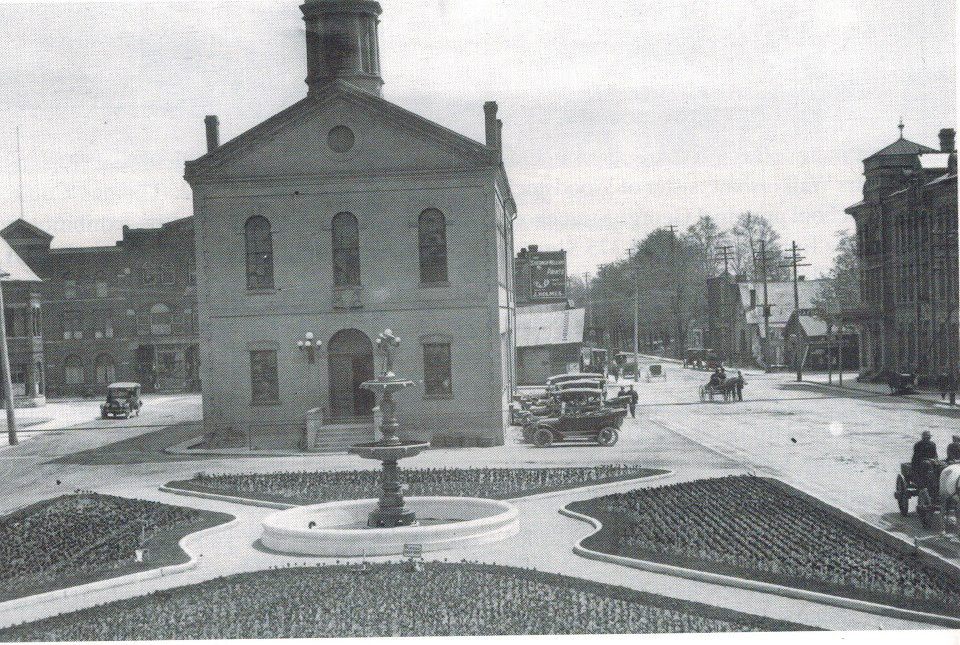 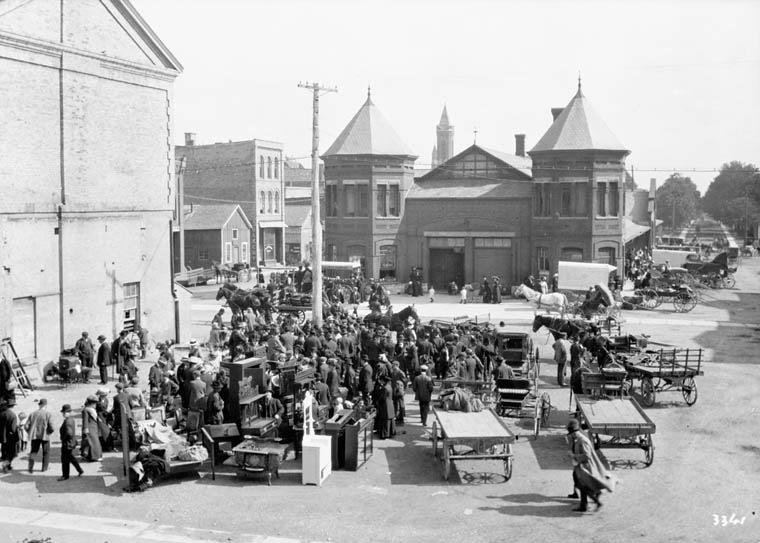 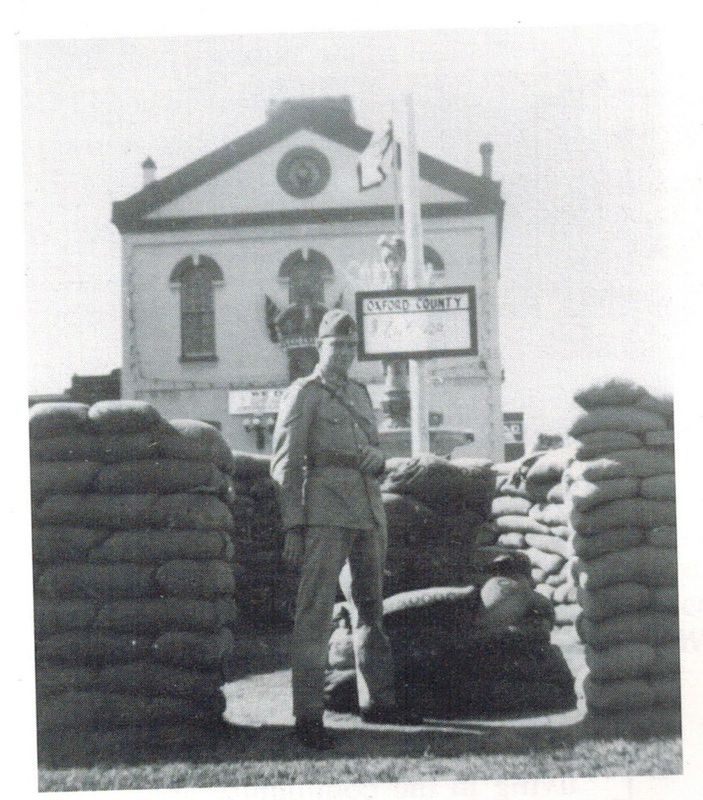