On Feb. 27, 1889,Dark day in Woodstock when the great West Railway went off the tracks More than 30 injured were Mayor Dennis Karn owner of current organ company Town Clerk G. Eden, Reeve (and Weekly Woodstock Times editor) A. Francis, and four councillors took the St Louis Express to attend a meeting at Queen’s Park, Toronto. The ‘Electric Light Bill’ was to be presented to the Legislature about a change from gas to electric lighting. As the train neared the trestle bridge over the frozen Grand River, a mile south of St. George village, an engine wheel broke loose and began to tear up the ties. The engine, baggage coach and smoker crossed safely but the next two cars derailed: one fell to the bottom of the 60-foot canyon; the other nose-dived down. The majority of the passengers in these two coaches were either killed or severely injured. The last car, the diner, was left dangling over the edge.
The dead included Reeve Francis, Councillors J. Peers and Dr. L.H. Swan, plus 8 other passengers. Mayor Karn, Councillor J. Martin and several passengers were severely injured. Unfortunately, J. Martin soon died from his injuries and the Mayor remained a cripple for a long time. The Sentinel-Review later reported that an estimated 25,000 persons watched the mile-and-a-half funeral procession pass along Dundas on March 4, 1889, ' the most imposing spectacle ever witnessed here'.
Woodstock which had started using hydro electric power in 1888 was the first community to sign the new electric light bill after it was passed.
Sources:
- Doug M. Symons, “The Village That Straddled A Swamp,” (Oxford Historical Society)
- Williams and Baker, ‘Woodstock Bits and Pieces,’ p.96 ((Oxford Historical Society; Woodstock Public Library)
- Woodstock Museum, “St George Train Wreck Memorial (1889)”, Drawer 4, Item X998.6. 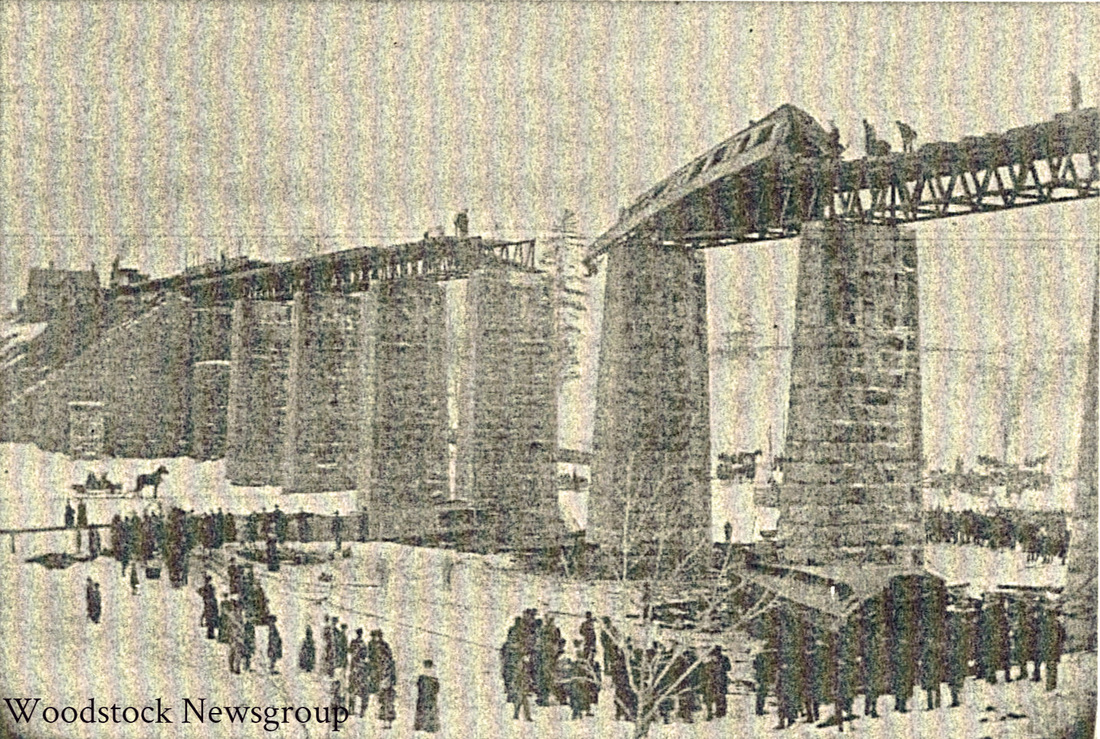