Former wrestler and candy store merchant Ben Johnson was working at his 559 Dundas Street shop on  the evening of Jan 30 1921 when it was held up and he was murdered at his business now the Olympic Restaurant today.
T Underhill, R Franklin,and E Utting are the three Woodstock men who were there Saturday when the murder took place. They were the first to describe revolver used when Mr. Johnson was held up and the  description of the two men that committed the murder. The revolver was found the next day in London Ontario at 54 Dundas Street after a. raid by the police The two men charged were Norman Garfield aged 24, and Denton Garfield his brother both from Toronto.
On May 25 of 1921 eight days before the scheduled execution June 2, 1921 Garfield took advantage of the guards carelessness. At 5:25 that afternoon Garfield seized the opportunity when guard Ball had unlocked his cell door and was standing inside the cell door totally unsuspected of the attack. The prisoner grabbed the guard threw him on the table seizing his keys and then locked the guard in the cell. Garfield then ran down the corridor and stairs after a short while tussling with Reverend Gaetz just left. Seeing Garfield the clergyman said to him Norman what are you doing have you gone crazy? Garfield made no answer just continued on to the main door and proceeded to unlock it. The reverend followed him repeating his question the reverend seized his arm at this point and escaping prisoner shouted stand back and with one arm through the reverend across the room.  He was outside and gone.
At 5:30 that afternoon a ford automobile was stolen from the front of Mr. Hosack’s house on light Street (the gray brick house across from the canons light Street at Drew Street). The loss of the automobile was not known for several hours afterwards. It is now most certain that Garfield took the automobile. 20 minutes later the car was last seen in Hickson at a travelling at a terrific speed. He was later arrested.
Norman maintained he would never be hung.  A few hours before his scheduled hanging he ate some ground glass but doctors saved his life so he could be hung a few hours later on schedule
Norman was hung in Woodstock on January 21, 1921 the third person hung in the city of Woodstock.
His brother Denton was convicted of manslaughter for the same crime and was sentenced to two years at the penitentiary in Kingston.
The candy store was taken over by Vic Franklin from Mrs. Johnson in the late 1920s it operated until 1962.
Styles men’s shop occupied the site from 1963 to 1974 followed by a hairstylists
It is now the Olympic restaurant which was started in 1980.
By Paul Roberts 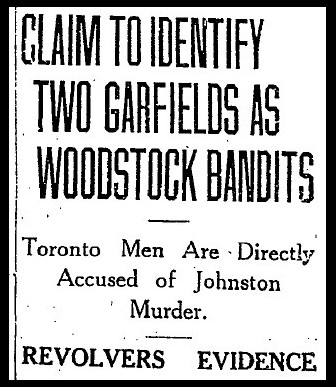 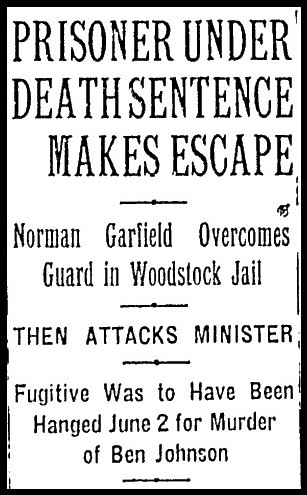 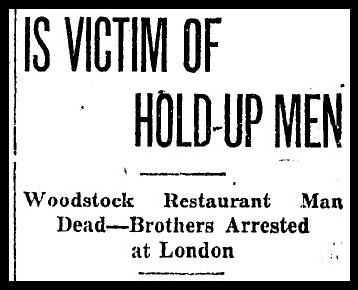 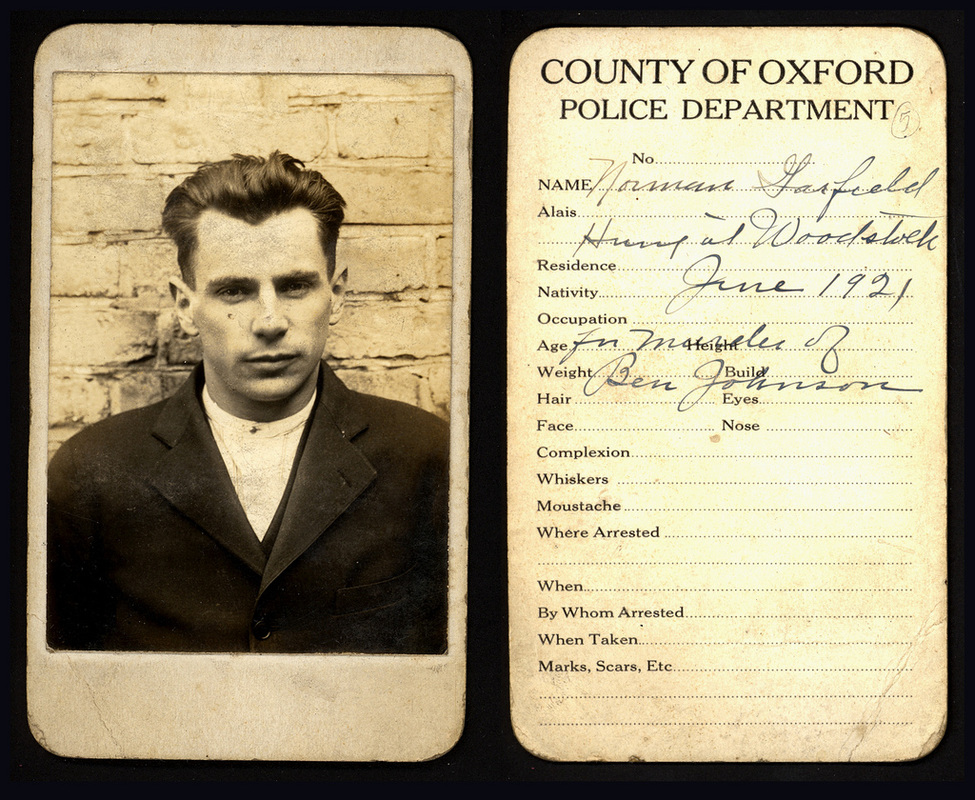