Woodstock was well known for its flour Mills

In 1857 Andrew Eaton built a flour and Gristmill, It was 5 stories high and it has the ability to grind 1000 barrels of flour per week. It was fairly close to the Purina. At the turn of the century there were other mills also in Woodstock, They were the Woodstock Mill, International Mill, Best Manitoba Flour and the Woodburn Mill at the corner of Dundas and Ingersoll Road which brought 200 car loads of local grain annually.  The flour was shipped from Woodstock by rail car. A significant Milling operation started in 1892 when Thomas McClay built a combination flour and planing Mill on the northeast corner of Cedar and Wilson Street three years (1948) the mill burnt completely down to the ground.  McClay then went bankrupt and one of the partners James Cullen became the sole owner.  The mill was rebuilt and again destroyed by fire. It was rebuilt in 1949 carrying the name until it went out of business in 1988. Over a hundred and thirty years of Milling began on Main Street and Perry with the establishment of the Great Western Flour and Oatmeal Mills in 1866.  It was demolished by a fire in the 1890s the Woodstock Cereal Company took over and then it became Peerless Cereal Mills Limited and then later the Ralston Purina. John Hatch's mill pond situated about 100 metres east of the current Via Rail station. A H Clynick converted the Woodburn Mill at the corner of Dundas and Ingersoll road into one of Woodstock’s first gas stations in the 1930’s. 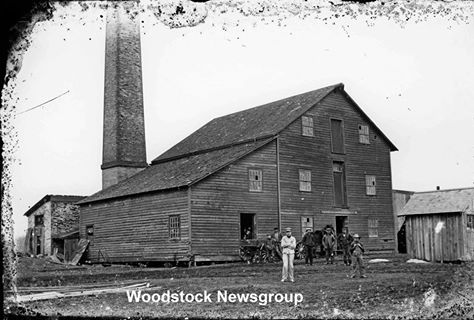 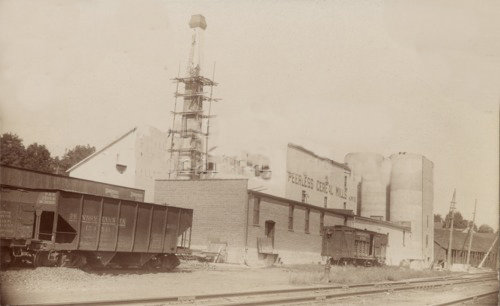