​ The D.W. Karn Piano & Organ Company was one of the largest and most prestigious piano and organ manufacturers in Canadian history. They were known for building extremely high quality, durable instruments that were distributed in Canada and the United States as well as Great Britan. The company was originally established as "Miller & Karn" in 1867, and the name was changed to "D.W. Karn Piano & Organ Company" in 1873. Their factories were located in Woodstock, Ontario. In 1909, Karn went into partnership with the Morris Piano Company of Listowel, Ontario and built pianos and organs under the name of "Karn - Morris Piano & Organ Company, Ltd." Karn-Morris had several retail showrooms in The United Kingdom as well as America and Canada. In 1924, Sherlock Manning bought the Karn firm and produced pianos under the Karn name until 1961. 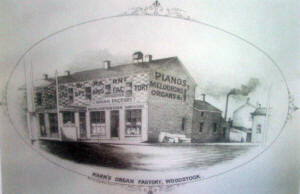 The first factory was located on the southwest corner of Dundas and Reeve Street. Where the post office was situated.​​ 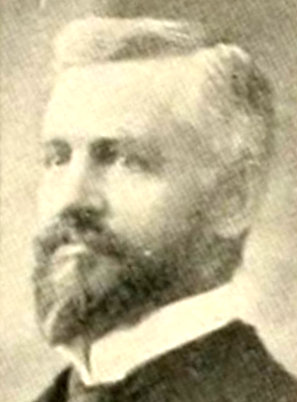 Besides operating his company, Karn was active in municipal affairs. He was elected mayor of Woodstock in 1889 and stood twice for election to Parliament. He retired in 1909, at which time the company amalgamated with the Morris piano makers of Listowel (north of Woodstock). The new firm, Karn Morris Piano & Organ Co, Ltd, with E.C. Thornton as general manager, maintained a head office in Woodstock, but both Karn and Morris retained their original factories and produced their own lines of pianos and player pianos. Only the pipe organs, made at this time under the supervision of C.S. Warren, were known by the name Karn Morris. When the Karn and Morris partnership dissolved in 1920, the Karn assets were purchased by a Toronto concern headed by John E. Hoare (the president of the Cecilian Piano Co) and A.A. Barthelmes (the founder of Sterling Action & Keys, Ltd). However, the new concern went into receivership and was bought in 1924 by Sherlock-Manning, which continued to make the Karn line. Some 25,000 pianos were made by Karn 1870-1924. Serial numbers provide evidence for the manufacture of 12,000 Karn pianos from 1936 to 1957. 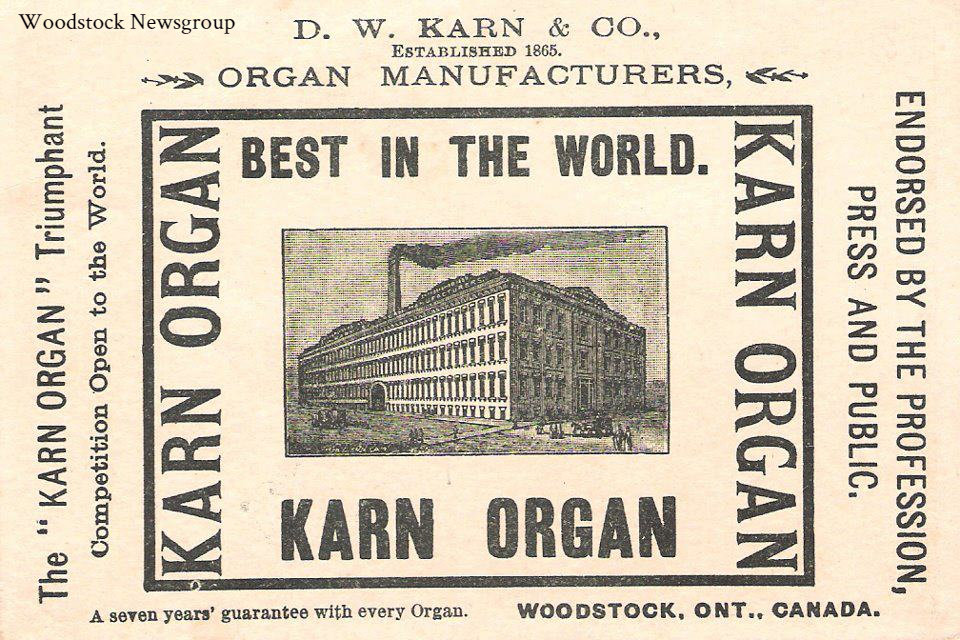 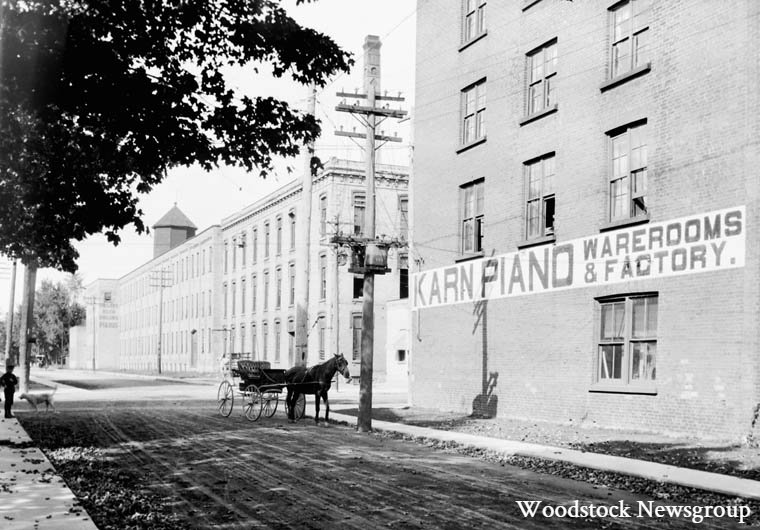 After this fire, the old Woodstock Hotel, a four-storey white brick building was acquired at the corner of Dundas and Wilson to be fitted for the piano branch of the factory. 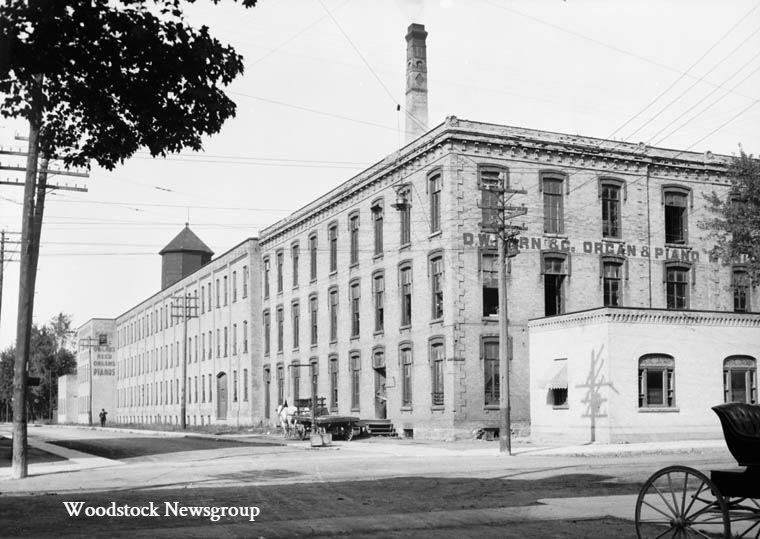 A large building immediately across the street at the corner of Dundas and Wilson was also acquired. This company began to make pianos after 1886; the first Karn player piano was built in 1901. 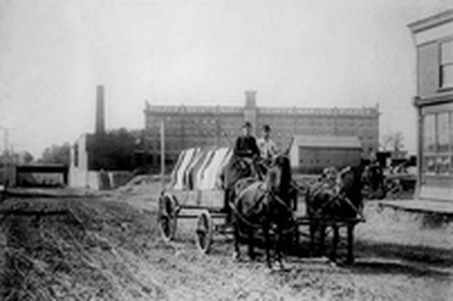 Piano being delivered by horse and wagon from the factory.
In 1896, S.R. Warren and Son Organ Company of Toronto bought out Karn and it began to build Karn-Warren pipe organs. In 1901 Dennis Karn retired and the company amalgamated with the Morris Piano Makers of Listowel to form Karn, Morris Piano and Organ Co. Ltd., with E.C. Thornton as general manager. In 1902 the Karn Morris partnership was dissolved. In 1924, the company was purchase by Sherlock-Manning. Between 1923 and 1935, a group of former employees operated the Woodstock Pipe Organ company in the building on the corner of Wilson and Dundas Streets until 1955. Over 75 styles of the world famous Karn Organ were made here over the run of the business. 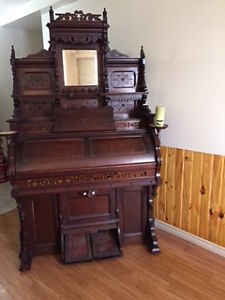 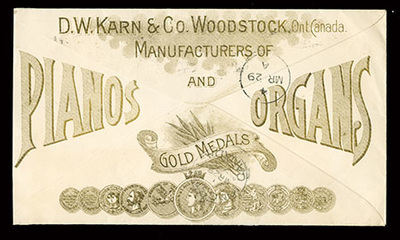 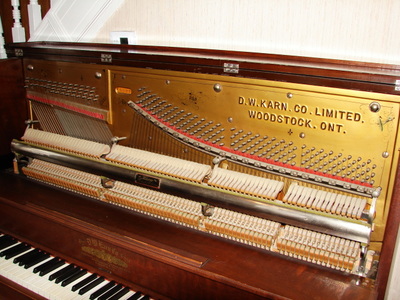 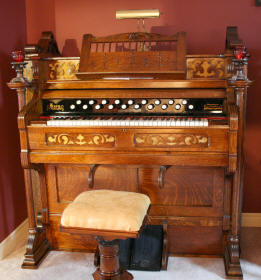 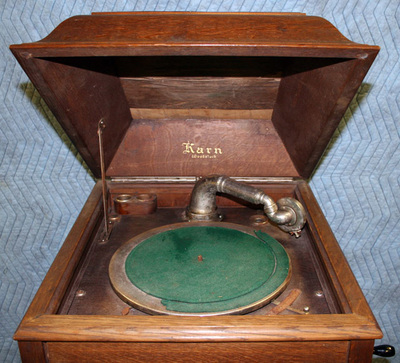 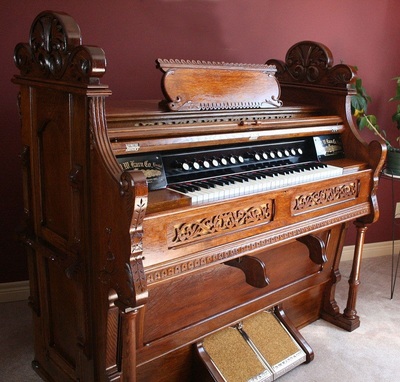 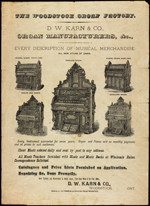 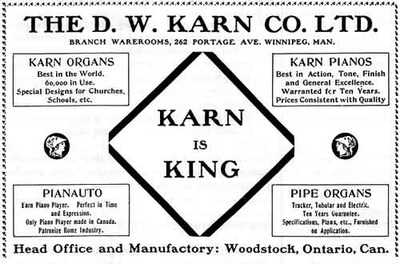