The Estelle was the streetcar that ran between Woodstock and Ingersoll. 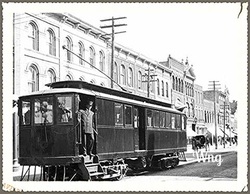 " The Estelle was the streetcar that ran between Woodstock and Ingersoll from 1900 till 1925 and was owned by the Woodstock Thames Valley and Ingersoll (Electric) Railway (Company). The story of this small line begins in July 1899 with a visit to Woodstock by Mr. S.R. Ickes of Ickes & Armstrong, Pittsburg, who was then promoting the Lykens & Williams Valley Street Railway in Pennsylvania. He returned in 1900 to Woodstock under the corporate name of the Echa Co. to construct the ten mile line.

The track laying began on July 3, 1900 and service was started as far as Beachville on November 8 of that year, and in June 1901 was extended to Ingersoll after the franchise matter had been settled. In August 1902 the line was completed to its full length (11.5 miles) by the opening of the last short distance between Wellington and Huron Street in Woodstock. It ran on Dundas Street in Woodstock to Mill Street, turned left on Mill Street up to Park Row, then turned right and followed Park Row to the former Highway 2 (now Ingersoll Road). It followed the highway to Ingersoll, on the south side, then operated on Charles Street West and Oxford Street, and ended at the Ingersoll Inn.

The streetcar was named after the daughter of Doctor Ickes. The line was abandoned on August 16, 1925 when company-owned buses took over. The company operated the buses until 1942 when it sold its operating rights and went out of business. "


This picture would've been taken at the corner of Light and Dundas. 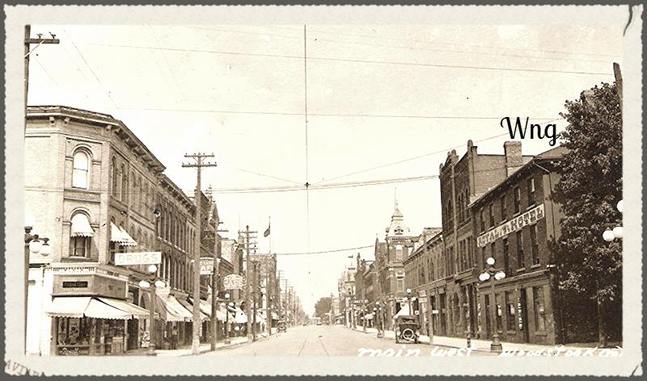 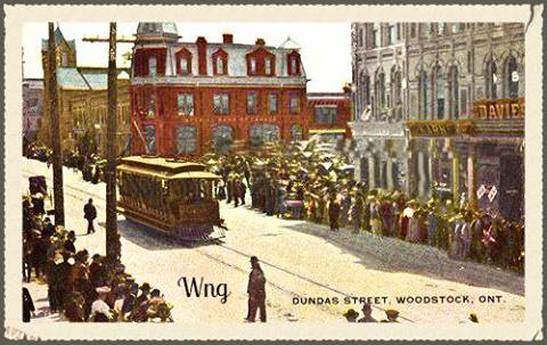 This picture would be taken approximately in front of now Museum Square. The red brick building, which is the Imperial Bank of Commerce has since been knocked down, and now part of the grassy area of Museum Square. 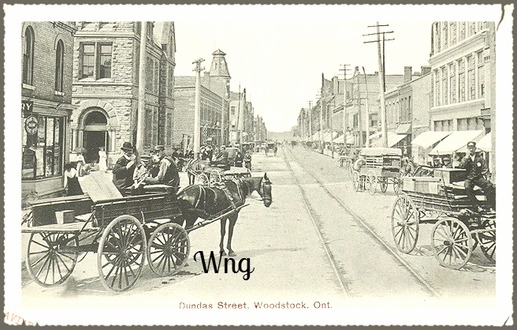 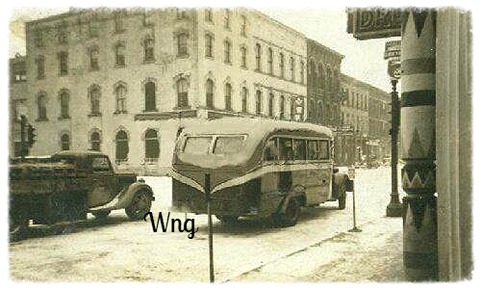 The line was abandoned on August 16, 1925 when company-owned buses took over. The company operated the buses until 1942 when it sold its operating rights and went out of business. "

-Photos are from private collection
Powered by