This company built the Every Day car and the Oxford truck. The car cost $650 for a runabout, $750 for a 4 passenger car. The Oxford truck cost $750. The total production of cars is not known, but they produced 33 trucks. . . . The car was a 16 horsepower with a maximum speed of 25 mph. It was a high-wheeled car. The car/truck design was of U.S. origin – the Clark Automobile Co. of Michigan. The factory was located at the corner of Mill and Main streets. . . . the Woodstock Automobile Mfg. Co. Ltd. evolved into the Oxford Garage [starting in 1916 at 333 Dundas Street], a major automobile distributor for many years. "
Woodstock Automobile actually began operations in 1904, ‘in the old tannery building’ on Main . Charles Evans was in charge of the works and William Myers was office superintendent. With a staff of 25 me n, in its early days Woodstock Automobile Ltd. made all the parts needed and then assembled them into one and two-seater autos. These it shipped to Hamilton, and presumably also to local dealers. In 1904, its 2-seater, 4-wheeled ‘surrey’ class of automobile retailed for $1400. Another of its products was a truck with chain-driven rear wheels and solid tires.
In the Fall of 1911, the Company moved into a vacant portion of a large furniture factory at the south-east corner of Mill and Main . Claude E. Ferguson was then manager. Both civic and Board Of Trade officials encouraged the company to go ahead with tooling up, promising to do everything possible to ensure that a necessary bylaw would pass without opposition from the local citizens. A few cars were produced at the new site for the 1912 season. However, the bylaw was not presented until after the Civic Election of Jan. 1, 1912. Unfortunately, the bylaw then failed to pass and by mid-1913 the factory was empty, the company defunct. 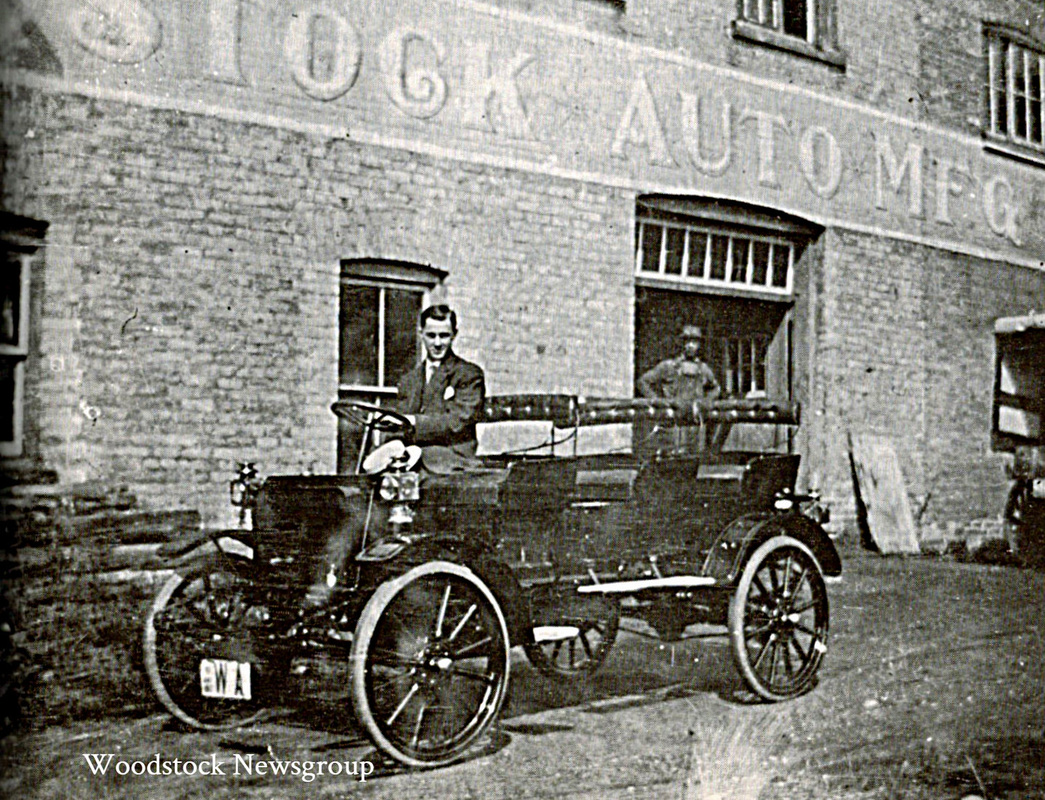