CKOX
"CKOX first went on-air on Saturday Dec. 6, 1947, ‘at 1340 on your dial’ (1340 kHz, medium band). "
Under General Manager M.J. Werry, CKOX started up at 380 Hunter street, broadcasting a light music, talk and news mixture that also included ‘Farm Fair’, weather, religion, mystery drama and popular North American radio programs of the day. Its inaugural broadcast was from Woodstock Collegiate, at 4:00 p.m., December 6. The station was then owned by Oxford Broadcasting Co. Ltd.
By 1954, CKOX had moved to 290 Dundas Street, a former ceramics factory (John Petrik Ltd.). By the time of its 25th Anniversary celebrations in 1972, Walter Hume was General Manager, and CKOX was owned by Countryside Holdings Ltd.
The call letters were changed to CKDK in March, 1977, and the broadcast format altered to one of music with news every 15 minutes. At that time, broadcast power was 1 kilowatt and coverage was about 7 miles.
In July 1986, the then–owner, Gord Marratto, converted the station from AM to FM and its call letters were changed to CKDK-FM. On-air, the station was advertised as ‘K102-FM' (102.3 on the dial), and with a higher power of 3.4 kilowatts, its broadcasts now reached an audience up to 55 miles away. The staff also increased from 17 to a peak of 25 (including part-timers).
In 1991, Countryside Holdings Ltd. sold station K102 to the Shaw Corporation. A year later, its broadcast frequency was changed to 103.9 MHz, and the station billed itself as K104. Broadcast power was increased to 53 kilowatts, and ‘The Ed and Brad Morning Show’ could be heard all over southwest Ontario. Its broadcasting tower was, and still is, on a hill northwest of the junction of 401 and Mill Street.
Shaw Corporation bought ‘The Hawk’, a London station, in 1998. It also set up Corus Entertainment as a management company for The Hawk, K104 and K108 (in Burlington).
Then, on June 11, this year, The Hawk swapped places with Woodstock’s radio station, by then billed as ‘Energy Radio 104’. The broadcast offices and transmitting point of Energy Radio 104 were moved to London.
The present Woodstock station identifies itself on-air as ‘Southwest Ontario ’s super-station, 103.9, The Hawk, home of classic rock’, and automated equipment now helps its staff of 12 to run it.
The Hawk’s broadcast day starts with the Morning Show from 5:30 to 9:a.m., co-hosted by Brad Janssen, Operations Manager. The other two hosted shows are the Midday Show from 9 till 1 p.m. and the Afternoon Drive, from 1 till 6 p.m. The ‘Evening Show’ then covers to midnight; after which ‘Rock Ride’ entertains the night people until 5:30 a.m.
Sources:
- Woodstock Public Library, history files of Radio in Oxford County;
- Vernon Woodstock City Directories, 1948 to 1998 (Oxford Historical/Genealogy Societies);
- Brad Janssen, The Hawk, 290 Dundas Street, Woodstock.
City of Woodstock COW Tales
The Ever Popular ‘Party Line’
In May of 1959, Radio Station CKOX introduced on an experimental basis a new program called “Party Line”. On this program Women’s Commentator Alice Munro invited listeners to call in and describe any problem pertaining to Homemaking which might require an answer. Others in the listening audience were encouraged to phone and supply the answer. The program became so popular that it was expanded to run five days a week from its original three and a booklet of the CKOX Party Line “Hints and Recipes for the Homemaker” was produced in 1960 and 1961 as a result of the success of the show.
Photo Lee Kostis ,Craig Ludington, Paul Roberts 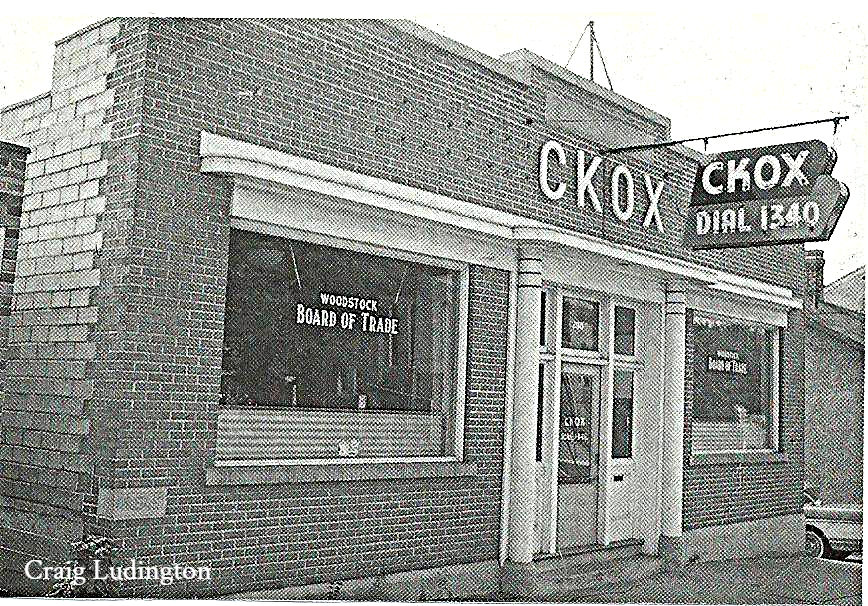 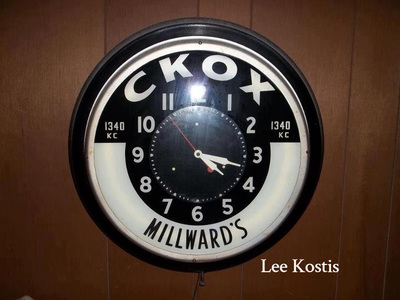 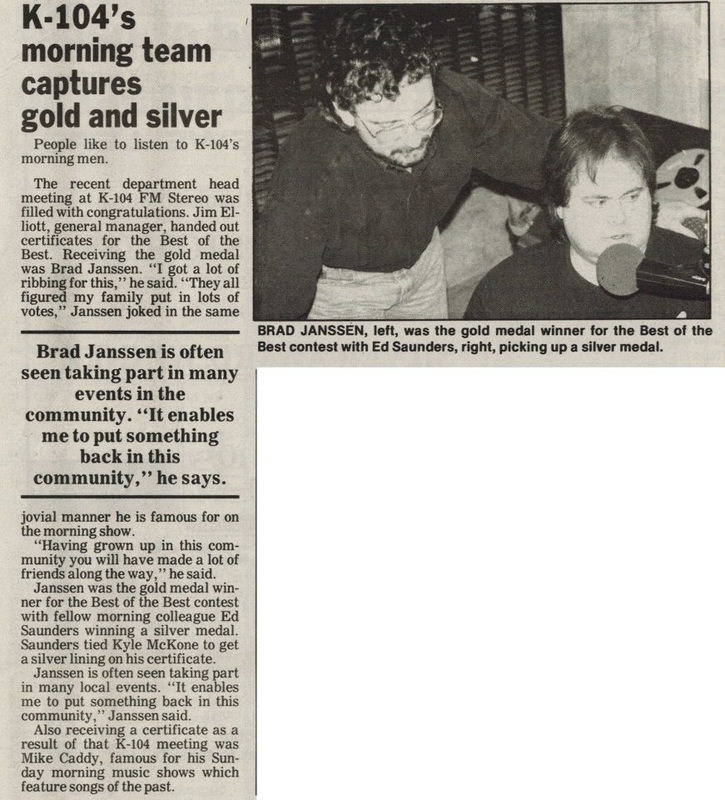 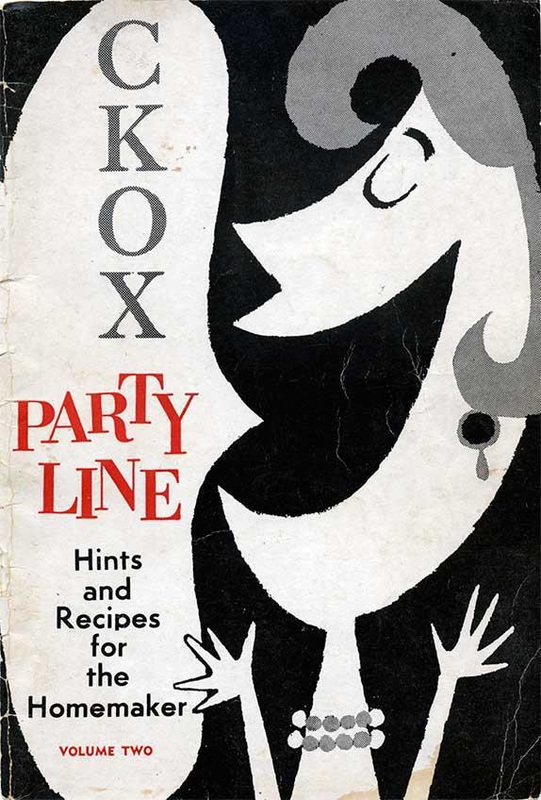 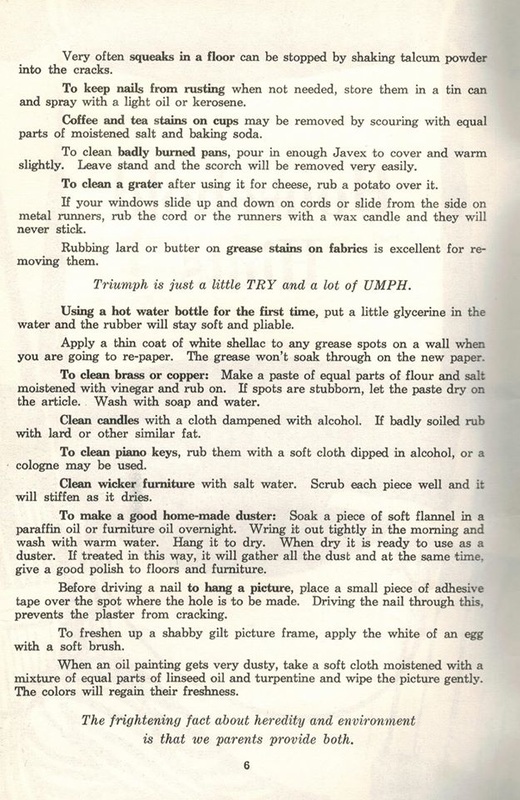